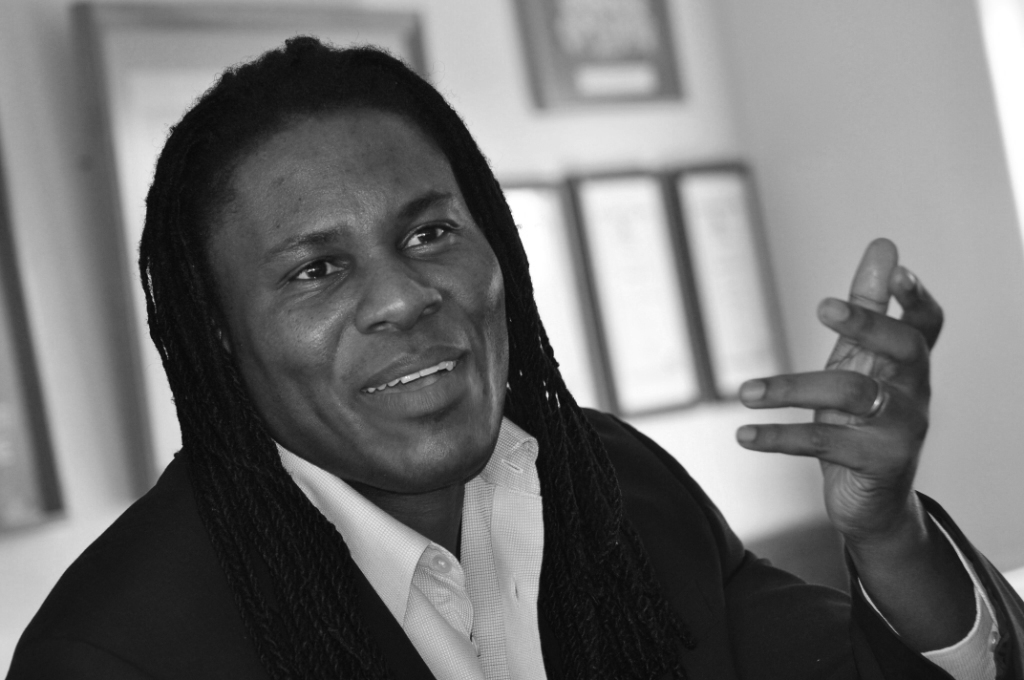 North Star, which provides basic healthcare to truck drivers and peripheral communities along transport corridors throughout Africa, has taken on veteran cricket personality Mpumelelo “Mpume” Mbangwa as its ambassador to promote the aims of the organisation.

Mbangwa, who represented Zimbabwe in the international cricket arena, has become even more well known for his broadcasts from the commentators‟ box, and has taken his new role as “ambassador” for North Star to heart. He has big plans to raise awareness amongst the transport community of the benefits provided by North Star.

Actively endorsing the organisation today, Mbangwa gained recognition as an international cricket player while a member of the Zimbabwean national squad. He represented Zimbabwe at the 1999 Cricket World Cup and played his last game at the International Cricket Council (ICC) Champions Trophy in Sri Lanka in 2002. Since then, he has become known for his cricket commentary and game analysis off the field, winning both the ‘Best TV Personality/Presenter’ and ‘Best TV Sports Commentator’ titles at the SAB Sports Journalist of the Year awards in 2009 and 2010 respectively.

I know what it’s like to be away from my wife and children for a long period of time. Transport workers, especially long-haul truck drivers, endure extremely tough conditions in their daily work

Already a well-respected figure in the sporting community, Mbangwa says that his endorsement of North Star stems from the responsibility he feels towards the African community. “I believe in what North Star is doing – taking health services to the truck drivers is the most efficient way of providing healthcare to people who are constantly on the move,” he says. “I am happy to lend my voice to help raise awareness for North Star. If I can reach out to men and boys and urge them to take responsibility for their health and the health of their partners, then I have accomplished something to be proud of.

“I know what it’s like to be away from my wife and children for a long period of time. Transport workers, especially long-haul truck drivers, endure extremely tough conditions in their daily work,” continues Mbangwa. “They spend days or weeks on the road away from home, suffering loneliness, boredom and fatigue far from any towns or cities.”

“We were thrilled when Mpume volunteered his time to help North Star raise awareness around the issues of health, safety and personal responsibility,” says North Star’s Communications Director Robin Landis. “Mpume is a wonderful role model; he eats a healthy diet, stays fit through sports, is a supportive husband and father, and is an active community member. We hope that young boys look up to Mpume as a positive example of what it means to live a healthy, balanced life.

“Driving long-haul trucks is time-critical, requiring strict schedules combined with the need to drive safely and efficiently to conserve fuel – the second most costly component of the transport industry after the trucks and their cargo,” adds Landis. “Any illness or discomfort the drivers suffer through poor health or physical condition is made worse by the lack of accessible medical facilities on the routes they travel.

“Even with a wife or girlfriend back home, many drivers succumb to loneliness and the temptations of the available sex workers found along the transport routes throughout Africa. They expose themselves – and then their partners – to the risk of sexually transmitted infections, including HIV,” says Landis.

By bringing Mbangwa on board, North Star has a role model of healthy living that can speak man-to-man with its primary audience. “We want him to be honest and speak man-to-man with the drivers about issues that concern them,” she adds. “He is an excellent example of someone who supports his family, cares about his community, takes responsibility for his own health and that of his partner, keeps informed about health issues and informs others. Mpume’s message is, ‘Be a man and do the right thing – take care of your health, know your HIV status, be a responsible partner, and seek medical care if you are sick.”

North Star is active in East, West and Southern Africa. It uses its expanding network of static wellness centres (targeting transport industry personnel and sex workers at fixed hotspots) and a fleet of mobile wellness units to extend quality health services into peripheral communities. Through this approach, the organisation aims to service all major transport corridors and hubs, providing solutions to a chronic problem of illness amongst transport workers.

“Small transport companies often lack the resources to provide workplace healthcare and HIV prevention counselling and testing for their employees,” says Landis. “And companies that do have workplace programmes usually have truck drivers unable to make use of these because they are on the road all the time. North Star’s wellness centres remedy this. Drivers don’t lose time or pay since the centres are located where they stop for the night.  Companies can keep their workforce healthy and productive, which protects the bottom line.