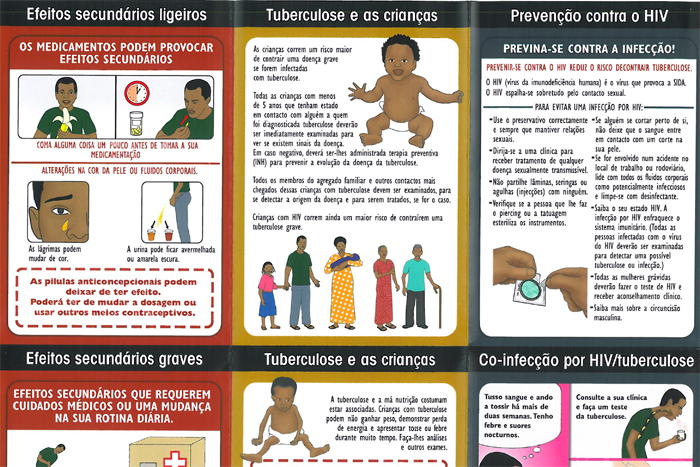 Tuberculosis (TB) is a disease that newly infects millions of people each year, with low- and middle-income countries facing the brunt of the epidemic. It is a disease, however, that is both preventable, and curable, and one which the international community has made tremendous strides to combat over the past two decades.

Today, on World TB Day, we wanted to share some key facts and information about TB, and highlight some of the important milestones that made 2011 a turning point in the global TB epidemic.

But first…lets start with the basics:

TB is caused by a bacterium called Mycobacterium tuberculosis. The bacteria usually attack the lungs, but TB bacteria can attack any part of the body such as the kidney, spine, and brain. If not treated properly, TB disease can be fatal. TB is, however, both preventable and curable.

TB is spread through the air from one person to another. The TB bacteria are put into the air when a person with TB disease of the lungs or throat coughs, sneezes, speaks, or sings. People nearby may breathe in these bacteria and become infected.

What North Star does

North Star takes TB seriously from our communication with patients, to the very design of our Roadside Wellness Centre, which was done  in consultation with a UNAIDS TB specialist to minimise the risk of transmission through proper window placement and cross ventilation.

In our centres and throughout the communities in which they’re located, North Star addresses both HIV and TB through behaviour change communication and health education. In addition, in conjunction with UNAIDS and KNCV Tuberculosis Foundation, North Star developed a specific TB Smart Card with information on TB prevention, HIV prevention, treatment and healthy living. North Star will also be collaborating with the World Health Organisation (WHO) and the National TB committees in Kenya and Uganda on a pilot project to introduce the new rapid TB testing technology into the RWCs, called GeneXpert.

To learn more about TB we’ve compiled a few resources from the WHO 2011-2012 Fact Sheet, to the strategy papers currently guiding the global TB response.