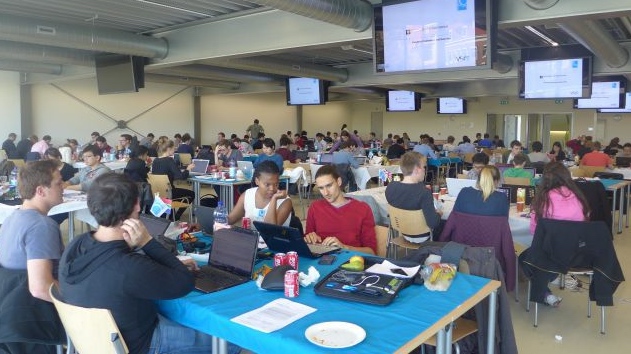 Bringing together some of the worlds most talented econometrics students from 30 different universities, including Harvard, Oxford and Cambridge amongst others, the 16th Annual World Econometrics Championship, held in Amsterdam from 29 March 2015, will encourage these future world-shapers to consider a deeper element of thought than their usual case studies require. This year, North Star Alliance Executive Director, Luke Disney, will ask the students, ‘How will you use your skills for good, in this world?’

Econometrics sits at the centre of many cutting edge business developments, however not all of these have an aim of being profitable. North Star Alliance is an example of the this. The Dutch-based NGO has a mission to bring quality health services to hard-to-reach populations, and sees econometrics as essential in the innovations required to meet their goals.

“As the recent Ebola crisis has shown, getting essential healthcare services to remote and mobile populations is a critical component of global health efforts,” says Luke, “We’ve got scientists developing tests and vaccines, we’ve got healthcare professionals ready to deliver them, we need econometrists to help us figure out how to do it in an efficient and scalable way.”

As an example of such a public private partnership is ORTEC Consulting Group, Dutch-based consulting firm specialising in business analytics, and long-term partner of North Star Alliance. Co-sponsor of the World Econometrics Championship, ORTEC saw the opportunity to show students the potential to apply their skills in a world-changing setting.

Together, ORTEC and North Star Alliance have already been using econometrics and big data to bring about change in Africa. In 2009 they developed Comets, a client health registration and passport system that provides networked access to medical health records for people on the move, which went on to win the 2013 Global Business Action on Health Award. Not only does this break down the physical barriers of geographical borders for travelling patients, but the data can be used to optimise North Star’s services, while also potentially tracking and predicting the spread of disease.

Now, at more than 30 Blue Box clinics across Southern, East and West Africa, hard-to-reach populations like truck drivers, sex workers and marginalised community members can gain access to basic health services at times and locations that suit them, with the ability to have their health records travel with them, providing a continuity of care.

Bringing together teams of students from 30 universities worldwide, the prestigious event sees entrants from universities including Harvard, Oxford, Cambridge and Stellenbosch, as well as local Dutch universities Erasmus and Amsterdam, amongst many others, competing for the title of World Econometric Champions.

Held over three days, the event first sees teams of four students given a case study to solve on day one and two, with the ten best solutions selected to move into the next level of competition. During day three, these ten teams are given a second case study to work on while their counterparts tour Amsterdam, with a jury of qualified and independent professionals selected to review the cases and identify the winning university.

Organised by VSAE, the study association for students in Econometrics and Operational Research and Actuarial Science at the University of Amsterdam. Event sponsored by ORTEC and EY.