Peninah Nduku, a 22-year-old, sex worker in Likoni, Mombasa County, was clinically diagnosed with TB in early 2021. A spirited lady she is. She refers to herself as a hustler or bangaiza, a term that connotes a sex worker.

The struggle with poverty and destitution gave her no option, having lost her parents at a young age. She needed to earn a livelihood and provide for her young child. Her health predicaments disrupted her business for a while. The TB bacteria was ravaging her lungs, destroying the cells that line the airways. She used to hear about TB from other people but never believed it existed.

“I had been to many places but had never contracted TB. I used to get a cold 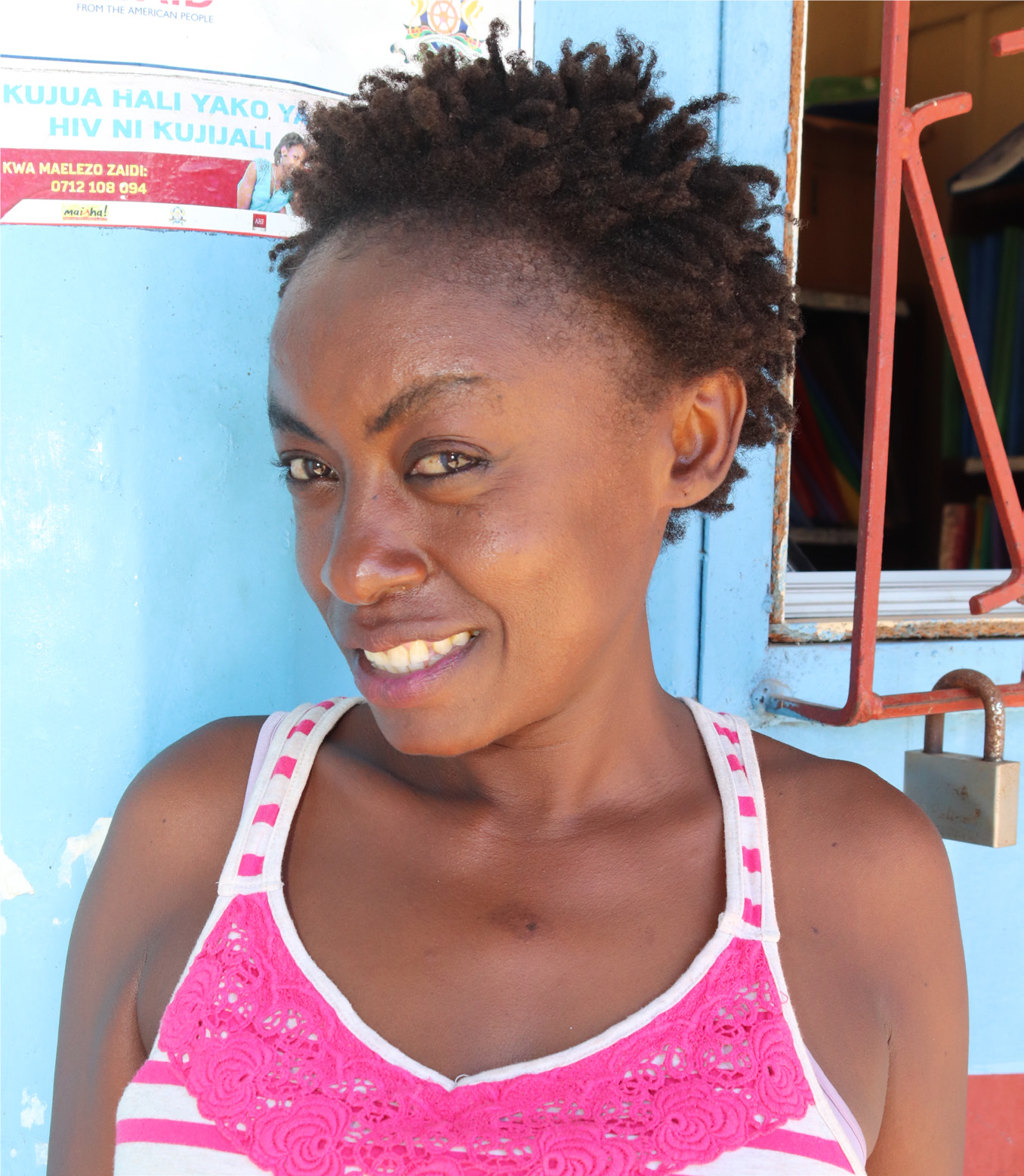 with a cough but would never go to the hospital, the disease would just get cured without visiting a hospital,” she narrates.

“When I contracted TB, I coughed very persistently for almost one year. I would self-medicate through over the counter medicines and wouldn’t get better. I didn’t have an appetite and I weighed around 30kgs. I was very emaciated and some people looked forwards to the news of my demise,” she adds.

Before diagnosis, Peninah used to drown herself in alcohol and painkillers. She continued with her hustle despite the persistent cough. Some of her clients were worried and kept requesting her to seek treatment. Her visits to several health centres led to misdiagnosis as well. There was a time she was told she had Pneumonia–the assumption being her nature of work exposed her more to cold but after treatment, her condition didn’t improve.

During a routine screening by “Tibika” champions – trained community health volunteers whose members also include former sex workers, Peninah was sensitized and screened alongside her peers. She was listed as presumptive.

“I met with Mwanakombo, a Tibika champion when they came for community outreach. She interrogated me and I told her that I had severe chest pains with no one to help me with my little child. I am a hustler and would sleep where I hustled in Mangweni (chang’aa den). I don’t have a place to stay,” says Peninah.

Her sputum, however, turned out negative. Upon further review by a clinician, a chest X-ray was recommended. Being a single mum, weak, emaciated and with no income, she wasn’t able to afford the x-ray.

“I started fundraising through well-wishers. I would sometimes carry my child and walk with a form to ask for contributions from people. Other times, I would leave my child with my neighbour and hustle” she narrates.

With support from the Tibika champions, she was able to raise enough funds from her fellow sex workers for the X-ray. The results indicated that she had TB. She was shocked. She didn’t believe she had the disease. She was in so much pain, struggling to breathe as well. The counselling and constant reminder from her friends that she needed help made her accept her condition and began treatment.

“I drunk a lot because of stress and confusion which started with the death of my parents,” says Peninah.

With treatment came new hope in her life. April 2021 was her second month under medication. Following the doctor’s advice, she hasn’t taken alcohol since her diagnosis. The cough and the chest pains have subsided. She is slowly regaining her strength and very thankful to her neighbor who has been supportive as she recovers from TB.

She narrates that she was stigmatized even by some of her friends. “Some of my friends wanted nothing to do with me when they found that I had TB. I was hurt but I would tell them that anyone can get TB. I am better off having been tested and found to have TB which is treatable and luckily I am on treatment. One doesn’t get TB because she is a ‘bangaiza’. The disease is airborne, thus discriminating is wrong” she says. “When you are unwell and resort to buying medicines from the chemist, you don’t know what disease you are treating. It is better to go to a hospital, get tested and assured of the accuracy of the treatment.”

Peninah is on road to recovery and speaks openly about her predicaments. Her friends have also noticed she is now stronger and healthier since she started treatment. She is glad that she is living by God’s grace and she can take care of her baby.

According to Sandra Wesa, North Star Alliance project coordinator, Tibika champions play a big role in finding missing people with TB. The champions are selected from the target groups that North Star is trying to reach out to.

North Star Alliance is a non-governmental organization whose mission is to provide quality health care to mobile workers and their communities. North Star has Blue Box clinics spread across East and Southern Africa.

North Star is supported by Amref Health Africa in Kenya to implement a Global Fund TB project in Mombasa County. The project, in partnership with the county governments, aims to find missing people with TB amongst mobile workers such as truck drivers and key populations.