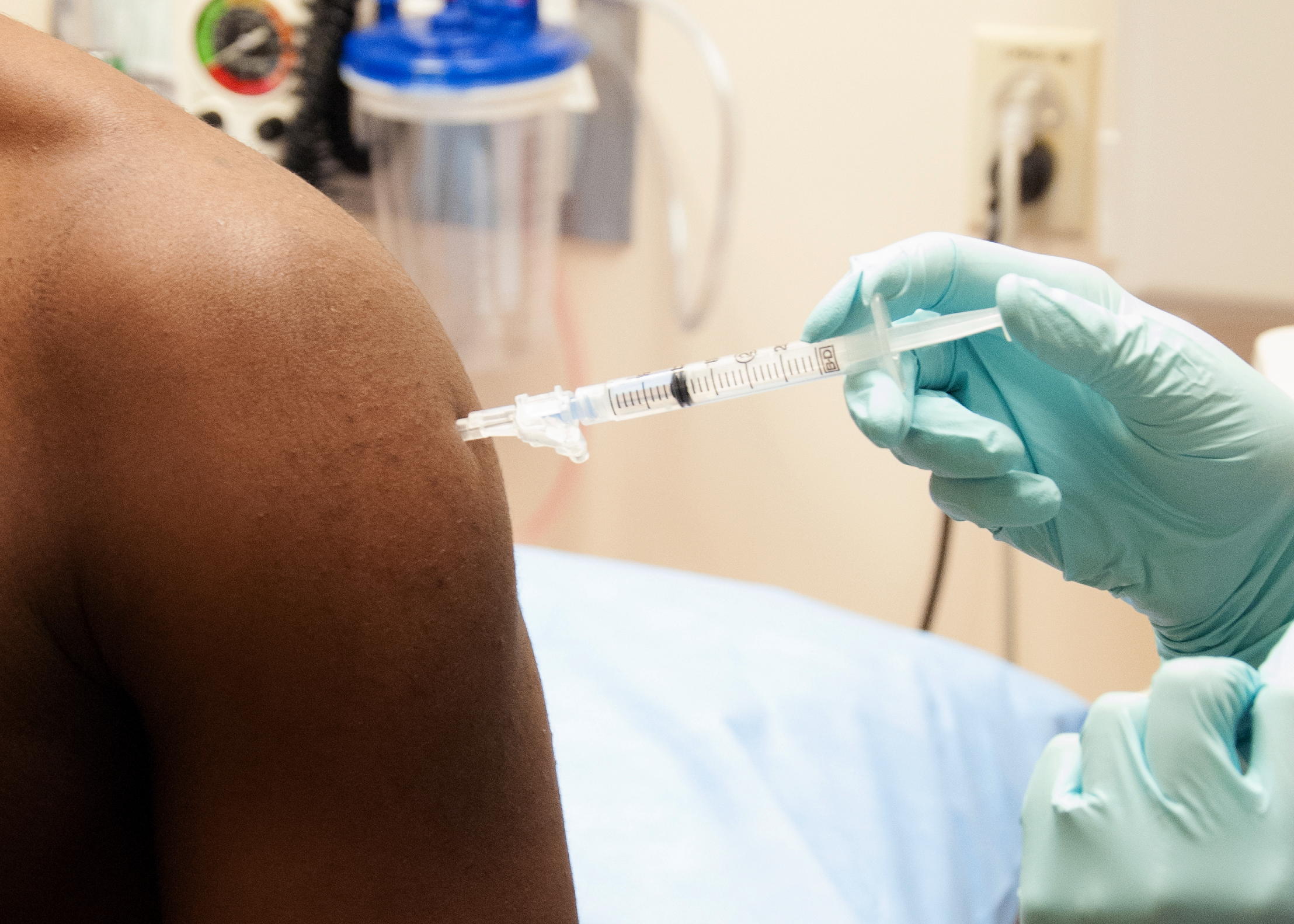 This 2014 image was produced by the National Institute of Allergy and Infectious Diseases (NIAID), and depicts a 26-year-old man who was the third participant enrolled in Phase 1 clinical trial, VRC 207, as she received a dose of the investigational NIAID/GlaxoSmithKline (GSK) Ebola vaccine. The photograph was captured at the National Institutes of Health (NIH) Clinical Center in Bethesda, Md.

Ebola hemorrhagic fever (Ebola HF) is one of numerous Viral Hemorrhagic Fevers. It is a severe, often fatal disease in humans and nonhuman primates (such as monkeys, gorillas, and chimpanzees).

Ebola HF is caused by infection with a virus of the family Filoviridae, genus Ebolavirus. When infection occurs, symptoms usually begin abruptly. The first Ebolavirus species was discovered in 1976 in what is now the Democratic Republic of the Congo near the Ebola River. Since then, outbreaks have appeared sporadically. See the Flickr site link below, for additional imagery produced by NIAID related to the study of Ebola.