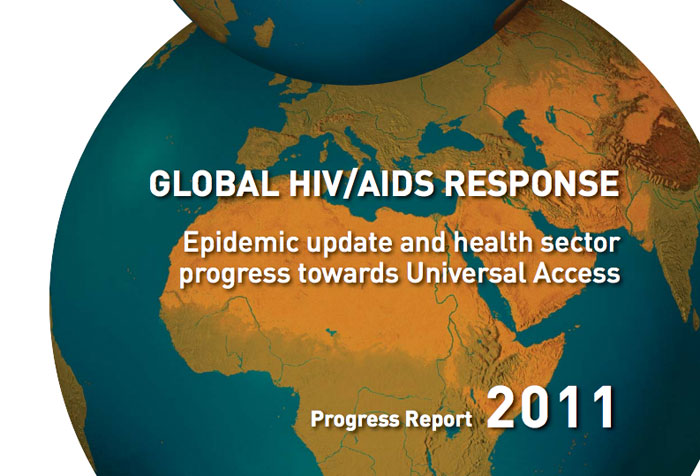 This year, we enter the fourth decade of an epidemic that has had a profound impact on humanity. While part of this impact reflects the devastating human toll AIDS has had in communities around the globe, more recently it has also reflected tremendous feats of innovation and growing leadership from a diverse group of stakeholders. Today, on World AIDS Day, this has never been more apparent.

Today, a new joint report by the WHO, UNICEF and UNAIDS, the Report on the global HIV/AIDS response , highlights  “extraordinary progress” in the global response to AIDS suggesting, for the first time ever, that we’re catching up to the epidemic.

Some of the highlights of this new report show a 15% reduction of new infections over the past decade and a 22% decline in AIDS-related deaths in the last five years. Further, anti-retroviral therapy, which not only improves the health and well-being of the infected people but also stops further HIV transmission, is now available to 6.65 million people world wide.

Despite this success, however, the report indicates that scaling up access to healthcare, testing, and treatment for key populations is a continued priority. In many of the regions North Star is active, this includes ensuring sex-workers and their direct and indirect contacts have access to HIV testing, treatment, information, and counselling. It also means continuing to scale up access for people on the move.

At North Star, this has been our primary objective since we began responding to AIDS in Africa’s transport sector six years ago. What began as a single roadside clinic has grown into a network that provides some of populations most at risk of contracting HIV and other communicable diseases, with essential access to primary and tailored health care services. In 2011, this has included providing over 34,000 people with HIV testing and counselling.

Over the next few weeks, North Star will be highlighting more of our 2011 impact, and some of the exciting initiativesa nd programmes we’ve planned for 2012.

Download the full: Report on the global HIV/AIDS response