[quote]”Leadership is nothing without people. While it is an honour to be recognised through this award as an individual, from my point of view the achievements are only possible through the collective efforts of the North Star team. We have such committed staff, some of them working voluntarily while we work through a funding issue, and it is them who deserve this recognition”. stated Paul.[/quote]Each year, the prestigious award goes to an individual or organisation that has made an extraordinary contribution in the fight against HIV/AIDS through work in human rights, treatment, research and development or access to care for people living with HIV/AIDS. Along with an impressive trophy, the award also comes with an 80,000 Rand prize.

“With a core group of our regional team working voluntarily as we experience a dip in our funding cycle, I am using the 80,000 Rand prize to bridge their salaries as a thanks and recognition of their hard work.” shared Paul.

Dira Sengwe, meaning “take action”, is the South African based NGO behind the South African AIDS (SA AIDS) Conference. When it came to leadership in the field, the Board became aware that there were numerous people and groups doing excellent work under challenging circumstances that was relatively unknown and unrewarded. Therefore, the Dira Sengwe Board decided to institute their Leadersihp Award to recognise exceptional contributions by individuals or organisations in the country in the response to the HIV epidemic.

Paul’s nomination and win of this award highlights the organisations values, of People Matter, Integrity, Quality, and Entrepreneurial Spirit – all of which are vital elements of strong leadership.

About the SA AIDS Conference

The SA AIDS Conference, held every two years, has become an established barometer of the advances made in confronting and controlling HIV infections, in South Africa and in the regional states. As Africa has experienced the epidemic in a particularly vivid way, the continent accounts for the majority of new HIV infections, with sub-Saharan Africa having the global burden of this disease. The importance of the lessons and events discussed at the conference can be applied throughout the world. There is no doubt that the immediacy of learning from the centre of the worldwide pandemic at the ICC in Durban instills a breadth of knowledge and a sustained image of the effects of one of the worst epidemics to have affected humanity.

As many of you may already know, our Regional Director of Southern Africa, Paul Matthew,…

In January, our Director of North Star’s Southern region, Paul Matthew, shared his intention to…

This week, we introduce you to Richard, our country manager for Uganda. Richard grew up… 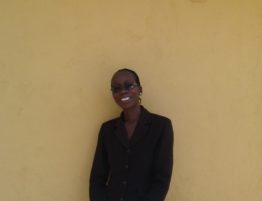 This week, we introduce you to Beatrice, administrative assistant at our East Africa regional office… 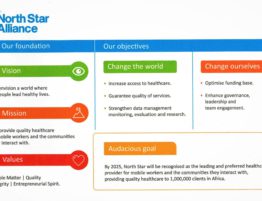 We’re already more than halfway through the first month of 2017, and knowing that North…