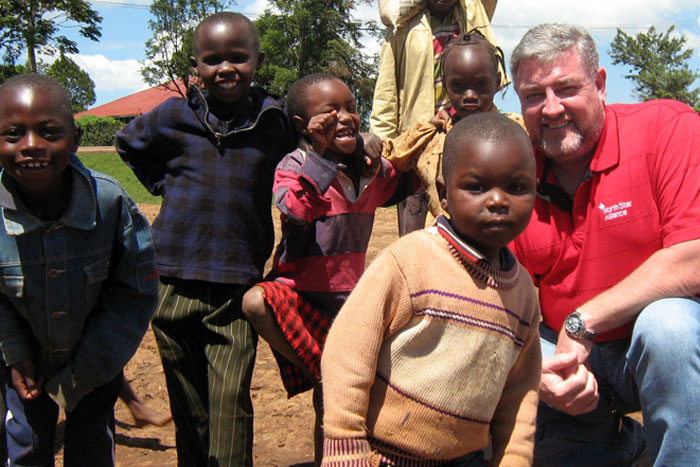 Paul Matthew, North Star Alliance’s Regional Director Southern Africa, was recently selected to become an Ashoka Fellow, in recognition of his continuing efforts to limit the spread of HIV and other diseases among mobile populations and corridor communities across Africa. Paul, who played a critical role in establishing North Star Alliance, and in developing and scaling our Roadside Wellness Centre model across Africa, will join a global network of nearly 3000 social entrepreneurs committed to developing innovative solutions to society’s most pressing issues.

For most of his career, Paul has been working in the education and health sectors. After starting his own business, The Learning Clinic, Paul joined the South African road freight industry in 1993 to work on education and training. Together with employer and employee groups, he established the Trucking Against AIDS programme to help address the alarming impact of HIV and AIDS on mobile workers. The programme was taken up by the road freight industry and became a model of health service delivery for truck drivers in South Africa. It also led to the development of North Star Alliance in 2006. In 2012, Paul’s work earned him recognition as Social Entrepreneur of the Year Africa, presented by the Schwab Foundation for Social Entrepreneurship, at the World Economic Forum.

On behalf of everyone at North Star, we would like to congratulate Paul on his well deserved recognition. View his full Ashoka Fellow profile here.

Ashoka is a leading worldwide network of nearly 3000 social entrepreneurs spread over 70 countries, who employ innovative, system changing approaches that have a positive impact on communities in need. The network supports these Ashoka Fellows by helping them to attain maximum social impact in their field of work.