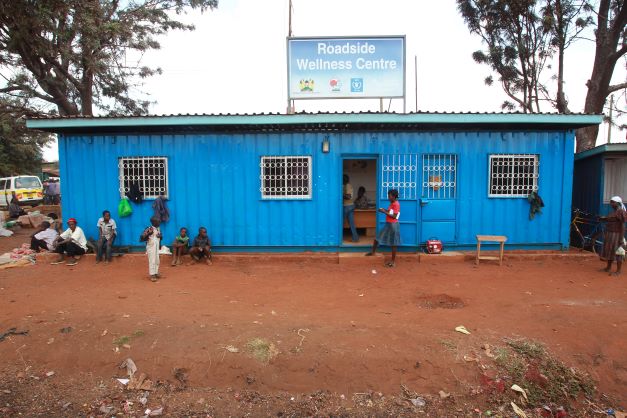 Meet Anne (not her real name), a resident of Emali town in Makueni county. Anne, a mother of a handsome young boy has been living with HIV for more than a decade now. However, her journey with the virus has had its share of challenges and she notes that there were days she lived in denial and that almost consumed her.

Anne first tested positive for the virus in 2011 just a year after the delivery of her baby boy. By this time, she had been married for over 2 years living in Kitui town, Kitui County. Even though her marriage life was full of ups and down, she chose to stay hoping that things would one day change for the better.

“I was in an abusive marriage for more than 2 years but just like many women in such marriages, I stayed on, because of the fear of how the society and family would perceive me as a divorcee.” Said Anne.

According to Anne, sharing her HIV status with her husband would make things worse. She, therefore, opted for a divorce. This was a perfect reason to leave. She went to settle in a new place, Makindu town before relocated to Emali later in 2018.

Anne knew her status during one of the outreaches that were happening in her estate. She was just feeling normal and just went in to check her HIV status only to be shocked that she was infected. This disturbed her. She was in disbelief and stressed. She went to four different clinics just to ascertain if indeed she had contracted HIV. The results remained the same.

‘’I first learnt of my HIV status in 2011 and lived in denials for a long time until 2019 when the virus took a toll on me. I was severely sick, I had grown thin and stigmatised of my condition.’’ Recalls Anne.

In denial, she went on with her normal life. 7 years passed, only surviving on painkillers, herbals and her then strong immunity. She was never put on any medication until 2019 when the virus took its toll on her. She was emaciated and was stigmatised of her new state. Luckily, after one of our Community Health Volunteers learnt of her condition, she was introduced to North Star, Emali Blue Box clinic. She was counselled and placed on medication by our clinical officer.

‘’When Anne was brought in for medication, she was on the verge of death; the disease had weakened her immunity. We had to take her through counselling and then on medication’’. Said, Lenin, Clinical Officer at Emali clinic, North Star. ‘’It’s heart-warming seeing her condition improve, back to her normal life and even adhering to medication.’’ He added.

Soon after being put on medication, Ann began seeing improvements. She had moved from 53 Kgs to 63 Kgs and her viral load moved to LDL copies, which are below the detectable level. Anne’s life had turned around for the better.

Anne is now championing voluntary HIV testing services and adherence to medication among her peers. She is also passionate about a #HIVstigmafree community to help create demand for HIV testing and related services.

Her advice to everyone is to be tested. “If you are positive, love each other and take your medicine at the right time.”