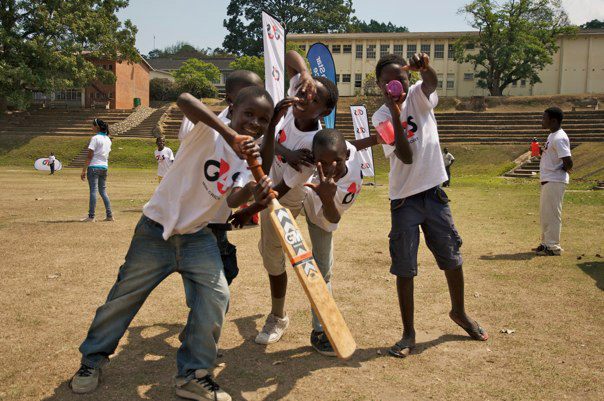 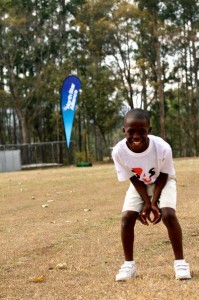 The event was hosted by Mpumelelo “Pommie” Mbangwa, a former cricketer with the Zimbabwean national team turned internationally recognised cricket commentator. Mbangwa, who joined North Star Alliance as a celebrity ambassador in 2009, actively uses sport as a tool to raise awareness about how HIV is affecting the lives of mobile populations and communities in Southern Africa.

“North Star Alliance is an organisation which is doing a lot and its aim is to increase HIV awareness in communities of truck drivers in Africa. These truck drivers move around and could contract and transmit the virus, and so, in those places, the organisation has clinics which offer health services for free,” said Mbangwa.

“Further, it is important to impart information about HIV and AIDS to young people so as to set them on the right path early on. Combining that aspect with cricket is particularly effective as it helps get their attention and gives them the means to adopt a healthy lifestyle,” explained Mbangwa.

“While our primary focus has always been to improve the health and wellbeing of mobile populations such as truck drivers, we became keenly aware that the drivers were only one side of the story. To mount an effective response to STIs and HIV, we also need to work with local community members who access our services and the firms that employ them,” explains Disney.

G4S, the event’s co-sponsor, and one of North Star Alliance’s local partners, employs over 11,000 people across Malawi. Beyond their sponsorship, G4S also brought with them their experience running community-based sport-development programmes by aligning the North Star Alliance cricket clinics with their mini-cricket league “under 13 playoffs” which also took place on Friday.

The event closed with a charity auction in support of the local North Star Alliance clinic. Among other things, cricket memorabilia items were auctioned off, including an autographed Mbangwa jersey, and a cricket bat signed by players from the current national Zimbabwean cricket team.