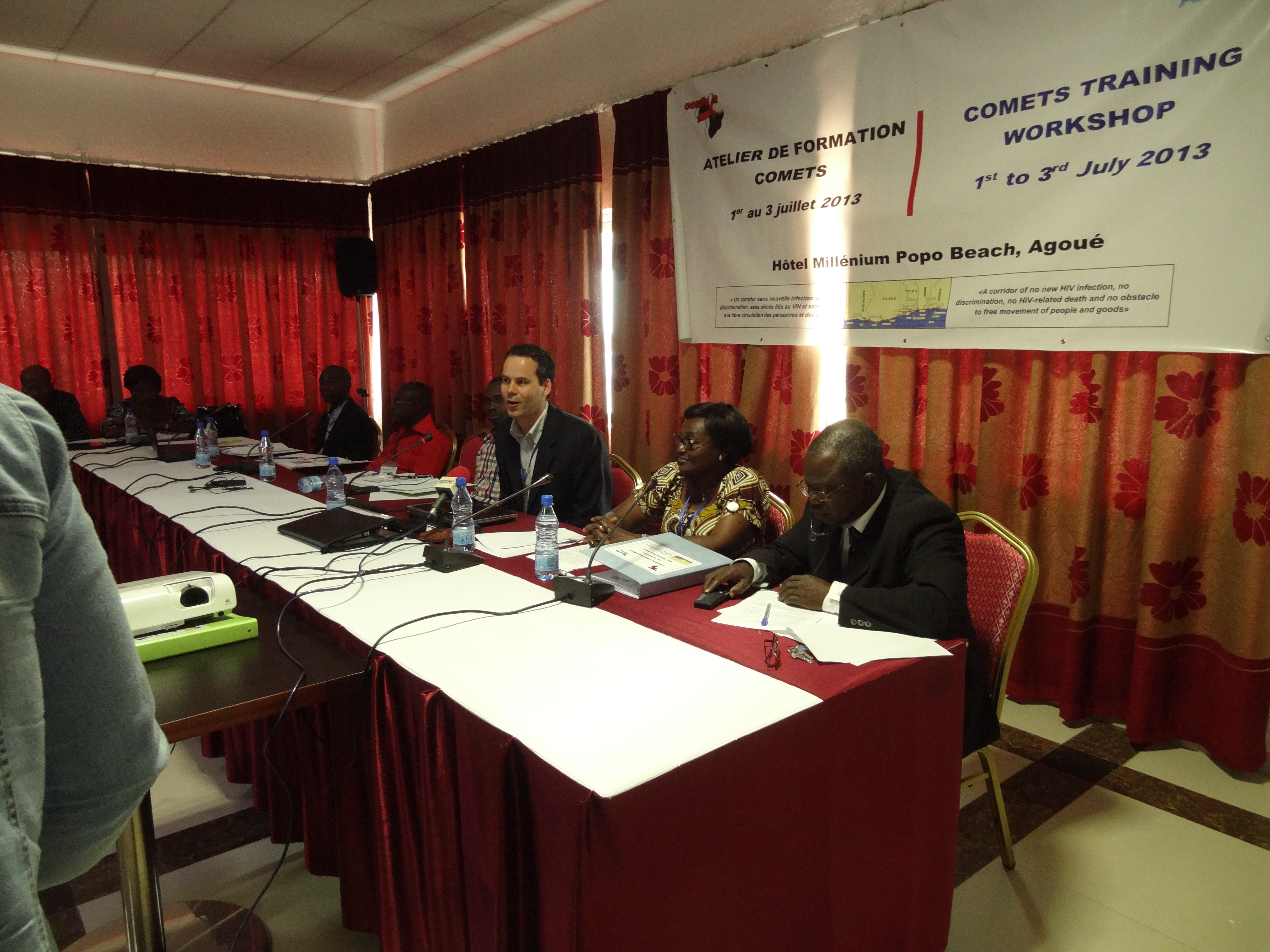 As part of our partnership with the Abidjan-Lagos Corridor Organisation (ALCO), North Star Alliance’s custom made electronic patient management system COMETS is now also being implemented in ALCO’s 8 existing information units at the borders and 13 referral centers along West Africa’s busiest transport corridor. In order for the system to become fully operational, ALCO and North Star Alliance hosted a three-day training session in Benin on 1-3 July.

The training was lead by North Star’s Network Optimization Manager Richard van Dijk, in charge of the development of COMETS, and Harvey De Hardt- Kaffils, IEC/BCC Specialist at ALCO. Together they trained a group of participants, representing the various information units in Ivory Coast, Ghana, Togo, Benin and Nigeria, in the usage of the system. In turn, these trainees are expected to train the rest of the staff and ensure the proper usage of the system on-site. A Beninese news crew from Canal 3 reported on the successful workshop, which  can be viewed here (French spoken).

COMETS has been developed by North Star Alliance and long time partner ORTEC, who recently won the 2013 GBCHealth “Technology for Health” Award for the COMETS project. Now that COMETS is being used in more and more locations across Africa, we hope to provide an increasing number of patients with more efficient health care, tailored to fit their individual needs.