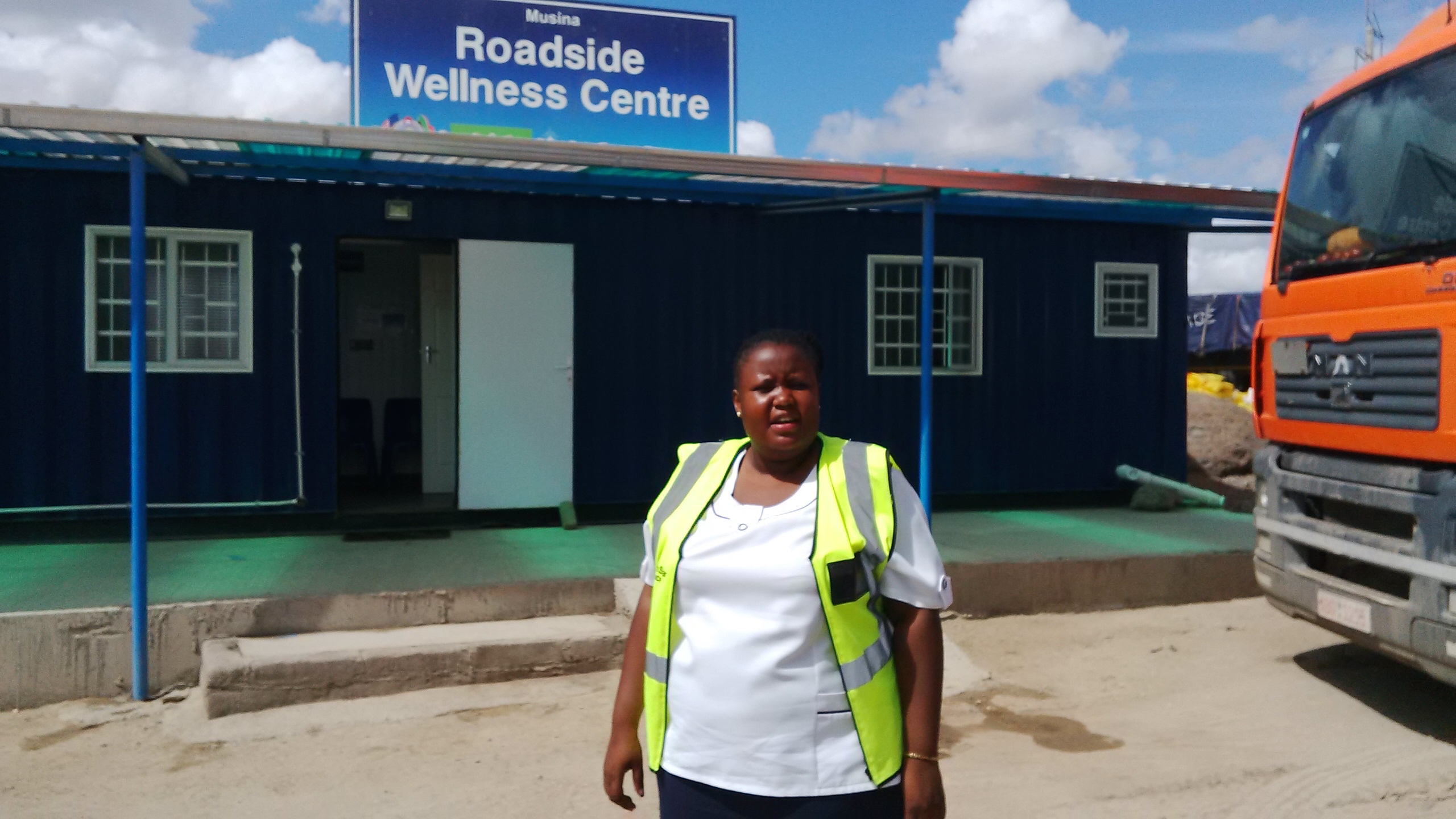 This week we introduce you to Sylvia Mushumba-Barure, one of our Nurses in Southern Africa.

Born in Harare, the capital city of Zimbabwe, Sylvia attended primary school in Masvingo Province and then was enrolled at a boarding school, Gutu Mission, for secondary school. Her mother’s work with NGO’s in different provinces meant that Sylvia was exposed to different cultures as well as both township and suburban lifestyles from an early age.

“During my academic years I was very artistic and more involved in music and dancing classes. I would ensure that I was enrolled in dancing competitions.” Shares Sylvia.

Despite the interest in dance, she went on to pursue secondary education in nursing, graduating ten years ago from the Harare Central Hospital School of Nursing with a Diploma in General Nursing. Then, due to economic recession, in 2006 Sylvia migrated to South Africa for greener pastures.

Her early experience with the NGO field must have rubbed off, as for the last ten years Sylvia has been working for the public sector and NGO’s, most recently with vulnerable migrant populations.

“Experience has taught me to be able to work independently as I have gone through a lot training where Nurses are being empowered to initiate and monitor patients on Anti-Retroviral therapy. I also have experience working with vulnerable women through Sexual Gender Based Violence Awareness and campaigns [including] case detection, counselling and treatment therapy” says Sylvia, “Due to different ethnic cultures women don’t speak out about abuse so health advocacy is vital in encouraging them as well as reporting cases to the Police.”

On how she became involved with North Star Alliance; “I got involved in a pioneer project with Doctors Without Borders in Limpopo province to provide ARVs to people who were migrant and undocumented. [As that project came to an end,] North Star Alliance was moving to the province doing surveys and research, [and happened] to take over community health workers. [North Star’s] mission and vision was more or less the same as what I was currently working on, it was just a continuation of health services to migrant population.”

Sylvia’s role as a professional nurse includes the provision of primary health care services, medical testing and screening, along with supervision of the Blue Box team, including a Lay Counsellor, Community Health Workers and our Security Guard. A typical day at her RWC kicks off with the general cleaning of the clinic, followed by refilling of the condoms at easy to reach areas “for everyone to access, even if the Wellness Clinic is closed”. Outreach services and mobilisation begins with the lay counsellor along with health education talks. Meanwhile Sylvia consults with her clients, entering the information on the COMETS database.

Over time, Sylvia has noticed general trends among her clients at the Blue Box. Alongside STI’s in both men and women, “douching is very common [for sex workers], as well as the use of toxic herbs to try to terminate unwanted pregnancies”, however many clients – especially those on ARV’s, use family planning methods in conjunction with condoms. Interestingly, Sylvia notes that many clients miss their review appointments due to their status as illegal migrants and regular raids by the authorities.

A highlight of her job is “when I am enjoying my shopping in the Mall during weekends and a client recognises me, (some of the faces I don’t even remember) and they begin narrating his/her story or telling someone alongside them on how I made an impact in his/her life, the feeling is just phenomenal!”

Staying abreast of the changes in her field, including new guidelines and protocols, is a key focus for Sylvia, who considers herself a ‘new kid on the block’ as a young and energetic supervisor. Juggling all this, along with being a wife, and a mother to her five-year-old daughter, is a challenge. However, she stays motivated and approaches the challenges head on, “I am not afraid to ask for help if I am struggling, it doesn’t necessarily mean I am weak, but if you cry for help it actually helps a lot. Discussing [your problem] reduces burnout, tantrums and venting to the wrong person or wrong platform!”

For any prospective North Star team members, Sylvia has these wise words; “Be you and be you in all the ways your wildest imaginations allow. There is no such thing as a wrong answer, just support it with facts. Acknowledging the experience and value provided by other team members is the key is to make everyone feel involved.”

Sylvia’s friends would describe her as a vibrant and flexible person, very analytical and time conscious – while also being “very easy to socialise with”! When she isn’t at work, you’ll find this dynamic team member listening to a wide range of music genres, watching TV, or shopping.

Quick Quiz: which of North Star’s PIQuE core values (People, Integrity, Quality, Entrepreneurial Spirit) does Sylvia most identify with, and why?

“All of them I can identify with, that is to engage more with people with different skills and capabilities. It can be easily recognised by those who matter and have an impact on professional development of the organisation.”