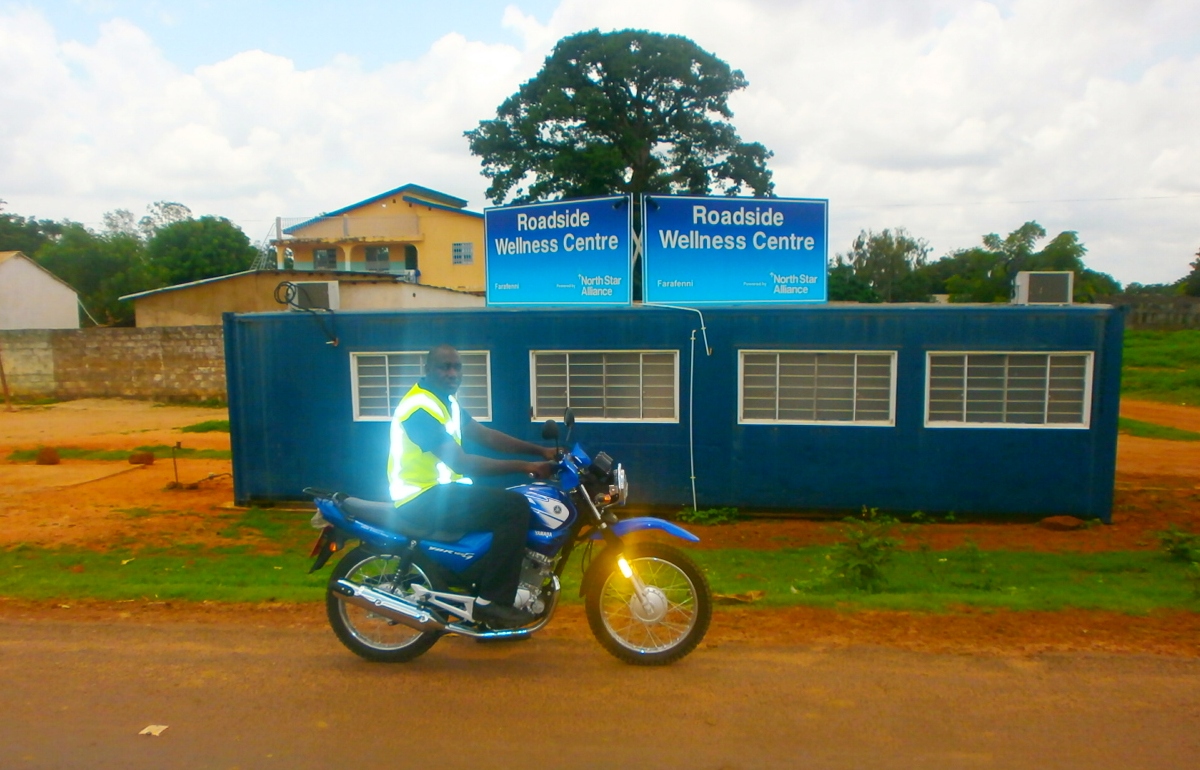 Over the past seven years, North Star Alliance has been built by not only a dedicated management team, but also our incredible staff on the ground. Now covering three regions – Eastern, Southern and Western Africa – our staff are not only hard working, but the unsung heroes of the work that we do with mobile populations.

In the coming months, we will be profiling our team members across the regions, getting to know the real faces of North Star. This week, we introduce Mr. Samba Touray, our Project Manager in The Gambia.

Samba, a Gambian national resident at Tallinding Kunjang Kanifing Municipality, has been with the North Star team since 2011 when he joined as the site coordinator of our Roadside Wellness Centre (RWC) at Farafenni in The Gambia – a role he still retains alongside his project management. Graduating from the Management Development Institute and Gambia Technical Training Institute with double diplomas in Management Studies and Rural Development, Samba takes these skills, along with other IT and Technical courses he has completed, to help him ensure that the operations at our RWC in Farafenni are both effective and efficient, and in line with national law and regulations.

“I chose [to join] North Star because I want to contribute my quarter to improving the health and well-being of my people, most especially vulnerable populations who have no or/ limited access to conventional health services,” shares Samba.

In addition to the services North Star provides to the local community in The Gambia, including free primary health care services, malaria and STI treatment, community sensitisation through outreach, condom distributions and community VCT campaigns, the team is planning to add HCT services at RWC level at the beginning of September this year.

The short term objectives in The Gambia are to expand our services to all frontiers in West Africa, starting with Senegal – a country whose borders sit between five different countries – where plans are on their way to conduct a KAP survey in a bid to raise funding to set up additional RWCs in strategic locations, as identified through the data collected.

There are great partnerships happening in West Africa, reveals Samba, “We currently work closely with supporting an organisation called Abidjan Lagos Corridor Organisation (ALCO) by rolling out the COMETS systems to their information centres/units across various countries. And, in partnership with UNFPA-Togo, we have begun to set-up Wellness Centres in Togo to cater for adolescent youth in vulnerable settings and schools.”

Recently, Samba (pictured above with the picked up a new mode of transport for North Star, after being supported by UNFPA, “I’m appreciative of the support from UNFPA-The Gambia, and I must confess, I am happy to have mobility of our team to move around in reaching out to the people we are serving,” says Samba, “This means we can reach out to people in far places, which will help increase the patient flow at our Farafenni RWC.”

On what keeps him going in his role at North Star, Samba replies, “The enthusiasm, support and dedication of the people I work with, especially the North Star head office, and the contribution we are making in lives of people in Farafenni and surrounding. Above all, I am with the conviction that we can achieve what our colleagues in other regions have achieved by expanding our network of RWCs in the Gambia and West Africa.”