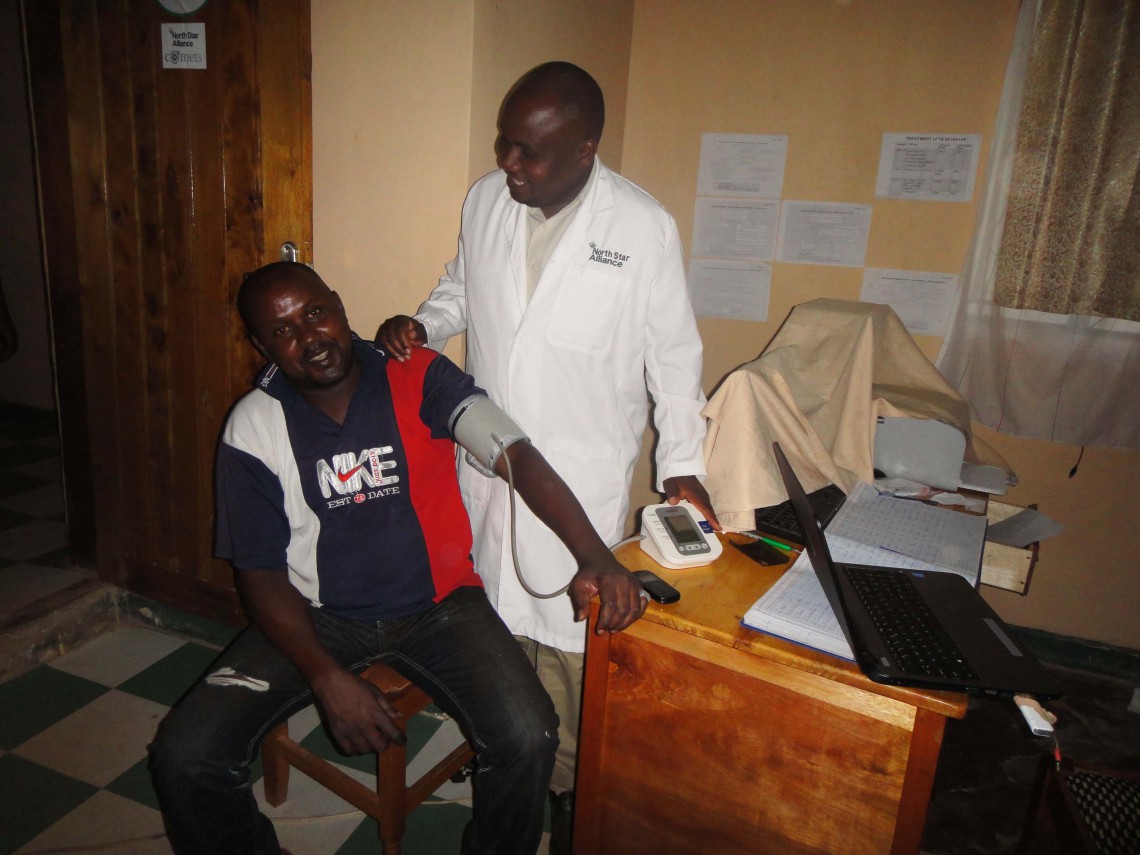 This week we introduce you to Centinary, one of our site coordinators in East Africa.

Centinary was born in Kirwa Village in a remote area of the Kabale District, Southern Uganda.

With no close health facility available nearby his village, Centinary’s grandfather tragically died on his way to the hospital from medical complications. This dramatic event, inspired Centinary to become a nurse, taking care of people in need by providing them with primary health care services.

His medical career begun at the ‘Nyakibale Hopital’, a non for profit health establishment, where he served for five years (including a 3 years paid study break) before going back to Kabale where he became clinical instructor.

After a talk with a North Star employee, Agaba Philip, Centinary decided to quit his job again and finally join the Blue Box family. He has been now working in the organisation for three years, and is the proud Site Coordinator of our Katuna Blue Box in Uganda.

On a day to day basis, Centinary see the number of patients increasing in Katuna. This increase in patient population; is mostly due to word-of-mouth which is a good indicator of the clinic’s high quality of services.

Even though, it’s often complicate to talk patients through testing and counselling for, Centinary is always feels light-hearted when he successful in convincing someone to be tested.

In his words, ‘When a person comes to the centre and is fearing to test for HIV suspecting to be having it and i give pre test counselling and he/she accepts testing and finally tests negative i feel happy because i would have saved this person from acquiring HIV knowing that is already affected.’

As many working in non for profit industry, Centinary identified the fact to balance his modest rate of pay with the raising price of daily life being regularly jacked up as one of his biggest challenges.

When the going gets tough, Centinary always bring his grandfather’s story to mind, remembering the very reason of why he choose this work in the first place, giving him the extra needed bit of motivation to get through another day of work.

During his spare time, Centinary humbly works in his small farm, raising chickens and holding a small shop. He also like to hang out with his friends that described him as a hardworking but social person that strongly stands against corruption.

Which of North Star’s PIQuE core values (People, Integrity, Quality, Entrepreneurial Spirit) do you most identify with, and why?

“People matter. Because I feel great by working with people, treating them, smiling with them.
And as our profession there is a saying ‘If you spend nine days at an open health facility without any person coming to it, how would you feel? So for that matter, People matter a lot to our profession.’