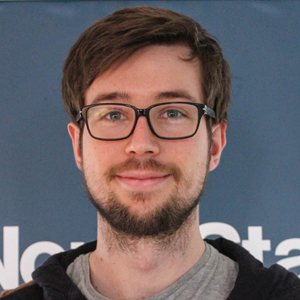 Boris was born in a little countryside town called Fontenay-le-Comte, near Bordeaux in France. After finishing high school, he joined the ESCEM (École supérieure de commerce et management) where he graduated with a dual master degree in marketing communications. Wanting to make a meaningful use of what he learnt at school, Boris scouted for internship opportunities in the non-profit sector and after a successful Skype interview was hired as a communications intern at the International office, in the Netherlands. After his six-month internship he was offered a full-time role as junior communications officer.

A typical day at the International office for Boris starts with checking e-mails and North Star’s social media accounts, and then diving into this week’s tasks that are scheduled together with the communications manager at the beginning of the week. Even though his workload is pretty steady, it can skyrocket after only one e-mail, because communications projects have often tight deadlines and are required to be executed quickly and thoroughly.

Most of his work is about making North Star’s brand look good and consistent. It involves a lot of tweaking and tinkering, using design tools such as Photoshop and Illustrator to work on different communications materials, such as flyers, posters, letters, banners and so on. Boris is also behind North Star’s social media channels and is in charge of managing North Star’s online community.

Right now he is working together with the Utrecht team on finalising the look and feel for North Star’s strategic outlook that will be rolled out in 2017. “It is exciting to work on something that people have been waiting a long time for, and it really feels that we are heading in the right direction.” shares Boris.

The most challenging part of Boris’ role is to bridge the distance between the Netherlands and Africa. “It is often hard to be fully connected with what is happening on the ground because you don’t see it on a daily basis.” explains Boris. But when the going gets tough, he always thinks about North Star’s mission and how his work in the Utrecht office is bringing a modest contribution to help mobile workers to live healthier lives.

Another project that Boris is really proud of is #northstarstories. Through a series of quotes and pictures collected from North Star’s staff, partners and clients, #northstarstories paints a clearer picture of the great work North Star is doing across sub-Saharan Africa, one story at a time. “I really enjoy working on this project because it is always humbling and fascinating to collect and read all of the stories. Some of them are incredible, it shows that the work we do matters a lot to people, and in some cases, is even lifesaving.” shares Boris.

Described by his friend as easy-going and curious, Boris enjoys spending his spare time playing guitar, drawing and catching up with friends.

Which of North Star’s PIQuE core values (People, Integrity, Quality, Entrepreneurial Spirit) do you most identify with, and why?
“Entrepreneurial Spirit. Even though we are reaching the threshold of a middle size company (with more than 200 employees working), North Star Alliance still very much feels like a start-up. From our teams on the ground to top management, every idea matters because we always put the interest of the people we serve before our own.” 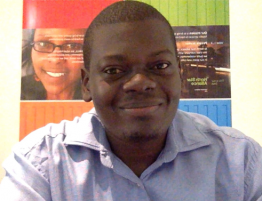 This week we introduce you to Osborne, one of our Site Coordinators in our East…