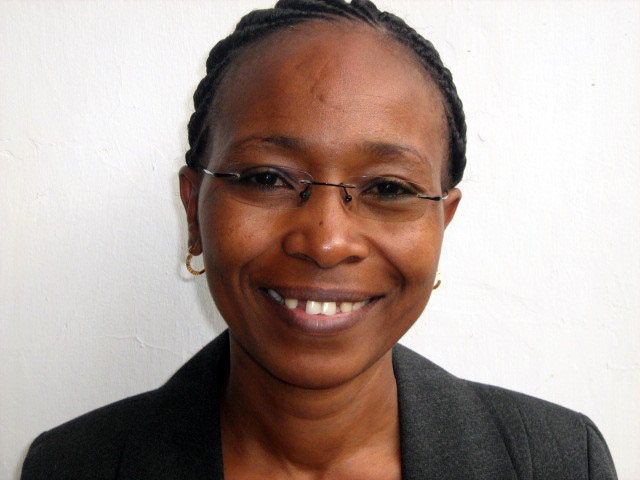 Eva Mwai is the impressive, soft-spoken woman whose been overseeing North Star’s East Africa operations for the last two years. She and her team have built up North Star’s presence along the northern corridor in Kenya as well as expanding into Tanzania, Uganda and eastern DRC. Robin Landis, Director of Marketing, Communications, and Fundraising for North Star caught up with her en route to attend a transporters’ meeting in Mombasa.


RL: Eva, you were the Chief Executive Officer of the largest private ambulance company in Kenya, why did you decide to work for North Star?

EM: I was attracted to North Star Alliance by the unique and very practical concept and the clearly targeted population. I knew without any doubt that North Star’s interventions would have a positive impact on people’s lives and I wanted to be part of that transformation.

RL: What do you find to be the most rewarding part of your job?

EM: When I see the weekly reports that are evidence of the accomplishments made at the wellness centres. It is very rewarding to watch as the number of people we reach steadily grows and to witness the sheer determination of the entire North Star team.

RL: Since this week marks the 100th Anniversary of International Women’s Day, what do you think is North Star’s greatest contribution to the health of women in East Africa?

EM: North Star touches the very core of the vulnerable woman’s life by empowering her to deal with her health needs. An unhealthy woman is unproductive. North Star seeks to make the woman in East Africa healthy, productive and confident. If we can accomplish that then, for me, that is success.

RL: That’s a tall order. And one that will not happen without the support of a variety of partners, including transport workers, companies and communities. What do you think is the most challenging part about reaching that goal?

EM: Sometimes it feels like we aren’t getting the traction needed to create a sustainable solution for our target populations. The success of North Star’s model depends on the ultimate ownership by the transport industry and national actors. Of course, it takes time to develop and nurture partnerships, especially when they involve partners who have never before worked together. I think that North Star can be a bridge that connects them. I know that the Roadside Wellness Centres will become an integral part of the national health systems in the future.

RL: What would you like to see happen for North Star in the region?

RL: One last question. What was your most memorable North Star moment?

Oh, it would be my first discussion with a group of truck drivers at the Sogea truck park in Tunduma, Tanzania.  Tunduma is not a particularly comfortable location either for truck drivers or visitors! I was completely struck by the drivers’ openness. They shared their experiences and feelings so freely with me. I learned so much about what their health needs are and how North Star can serve them better. A number of them actually called me later to make sure I was okay. I was very touched.

This week, our City Deep Roadside Wellness Centre in South Africa was safely relocated to…

A 55-year-old truck driver shares his experience of Ebola prevention with guest writer, and West Africa…

Right across Africa, Ebola is changing the focus of health workers and the environment that…