Aids Fonds, in partnership with North Star Alliance, rolled out the Hands Off! Programme in January 2015. Hands Off! is an initiative that aims to decrease violence and other human rights abuses against sex workers in South Africa, Zimbabwe, Mozambique, Namibia and Botswana.

Through on-the-ground research and effective communications tools, the programme’s main goal is to reduce violence against sex workers as well as HIV contraction as a result of violence through prevention, care and support services. As part of the programme, a needs assessment was conducted to study the needs and main priorities of sex workers in the region.

“Most sex workers don’t know they have rights as citizens. They know their work is illegal, so they live in fear of the police, of clients, of everybody who passes on the streets. It means they cannot defend themselves or struggle for their rights.’’ – Anonymous sex worker who participated in the Hands Off! programme.

Sex workers are among the most stigmatised population groups in Africa. Given the illegal nature of their work, reporting a crime by a client to law enforcement is challenging and often not feasible for sex workers to do safely.

Violence is another structural determinant influencing the HIV epidemic among sex workers, as stigma and discrimination play a role in preventing access to HIV testing, counselling and health care.

The figures speak for themselves. As the graph below shows, as part of the Hands Off! Programme questionnaire, 71% of sex workers reported having experienced violence when at work, while only 21% reported it to the police.

Over several months, the programme compiled a regional database on crucial information related to human right violations experienced by sex workers. On a more local scale, a diverse array of communication materials was developed and distributed to communities in order to advocate best practices with regards to the issue. 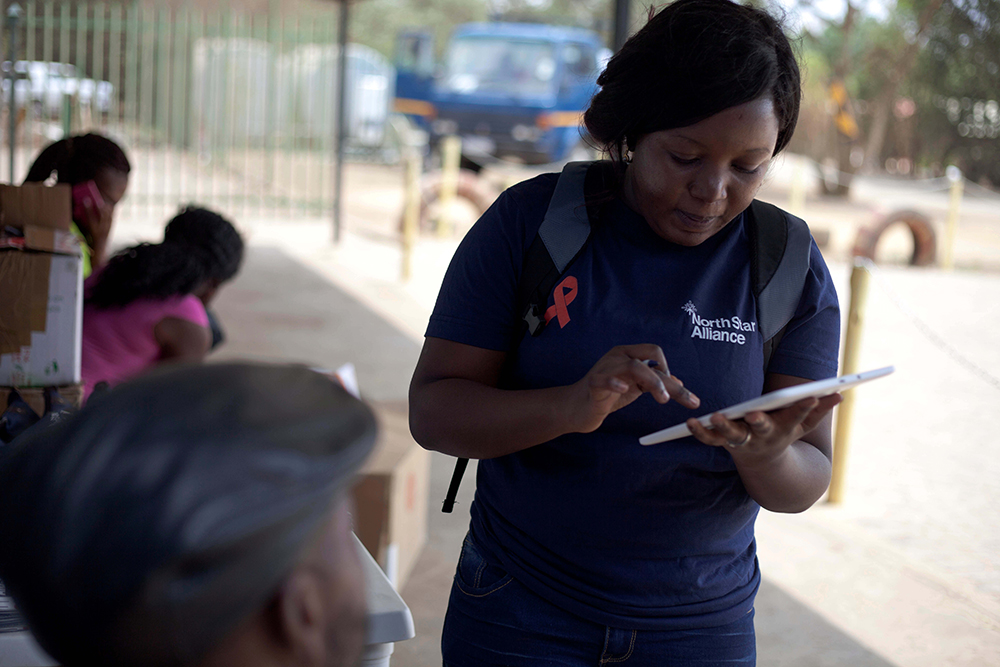