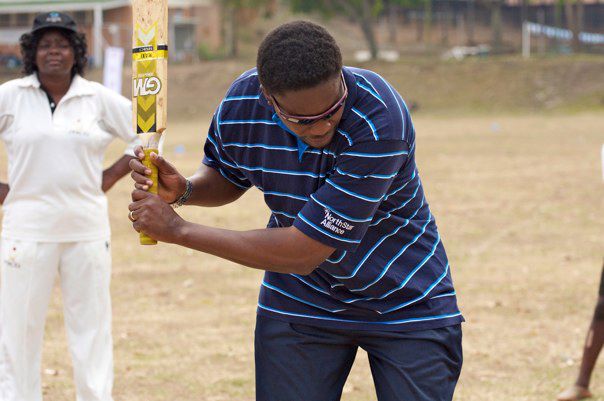 Last November we featured the launch of an exciting and innovative pilot project aimed at delivering important health and safety information to 75 truck drivers in South Africa. The pilot, which ran for two months between November and December 2011, reached truck drivers via text messages covering a range of topics with one SMS per day, including: prevention and treatment information about HIV, STIs, TB, and other communicable diseases, dietary and nutritional information, treatment adherence reminders, substance abuse information, stress reduction, and information about myths and stigma.

During the pilot campaign we received such positive feedback we’ve since run three additional campaigns with 900 drivers aimed at improving knowledge about primary and sexual health, violence against women and children, and road safety. Further, during our last two campaigns,  North Star’s celebrity ambassador, Mpumelelo “Mpume” Mbangwa, an internationally recognised cricket player and commentator, lent his voice and name to all outgoing text messages. As a result, over the last two campaigns, we didn’t receive a single opt-out message.

North Star and campaign partner Cell-Life are now exploring ways to reach truck drivers with cross border cell numbers to potentially expand the reach of this campaign from a national to a regional level.

Cell-Life is a not-for-profit organisation that provides innovative technology for the management of HIV, as well as other infectious diseases such as TB. Cell-Life’s primary function is to address health0related logistical challenges in developing countries, such as the provision and distribution of anti-retroviral treatment, continuous patient monitoring and evaluation, and collection and communication of relevant data. This is achieved through the use and development of innovative software supported by existing technologies such as mobile phones and the internet.