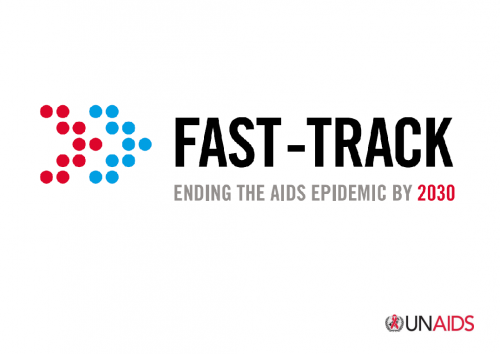 The problem with this information age thing is that it’s long on messages and short on relevance. The avalanche of stories/advertisements/news items that wash over us on a daily basis coupled with the modern media establishment’s penchant for doom & gloom means that a lot of important information drifts by unnoticed.

For example, did you know we are going to end the AIDS epidemic by 2030?

Last Friday the Programming Coordinating Board (PCB) of UNAIDS approved its new five-year strategy titled On the Fast Track to End AIDS. (Steady, stay with me!) Something of a stuffy affair, the PCB is perhaps not the best forum for making waves in the international media. And with a seemingly un-endless supply of stories on “things-that-can-kill-us” (for example) you could be forgiven for having missed this one. But this is BIG news.

UNAIDS is proposing nothing less than ending the AIDS epidemic by 2030. That’s right: knocking off one of the worst killers the world has ever known, little more than 30 years after we became properly aware of it. If we (this is a group effort if ever there was one) pull this off it will be nothing short of miraculous.

Precision is important here. UNAIDS is not talking about the eradication of HIV, but drastically reducing the number of new infections “thus effectively ending the AIDS epidemic as a public health threat”. Specifically, UNAIDS estimates that we need to see a precipitous drop in new infections: from the current level of almost 2 million a year, to 500,000 by 2020 and 200,000 by 2030.

Yes, it’s a tall order, especially with new infections continuing to rise in some countries. But it’s doable; we own this disease! We know how it’s spread, where it’s being spread, who’s spreading it, and we have the skills, technology and know-how to stop it. And we can keep those we fail to reach with our prevention efforts alive and well thanks to lifesaving antiretroviral medicines. We can do this.

I think the thing that impresses me most about the UNAIDS strategy is not that we’re going to beat AIDS– most of us saw the tide turn with the scale up of antiretrovirals about five years ago. It’s the fact that UNAIDS put it out there. And I mean, put it out there: this is a real BHAG. For an intergovernmental organization with all the politics and (insert your preferred negative connotation here) that’s something.

So let’s tune out the cacophony of boasts and insults that are thrown at us by ‘pop’ media and take a moment to reflect on the wonderful vision that UNAIDS Executive Director Michel Sidibé and his team have had the courage to show us. Let us pause to consider the momentous change that we are going to achieve. And then… let’s get to work to make it happen.