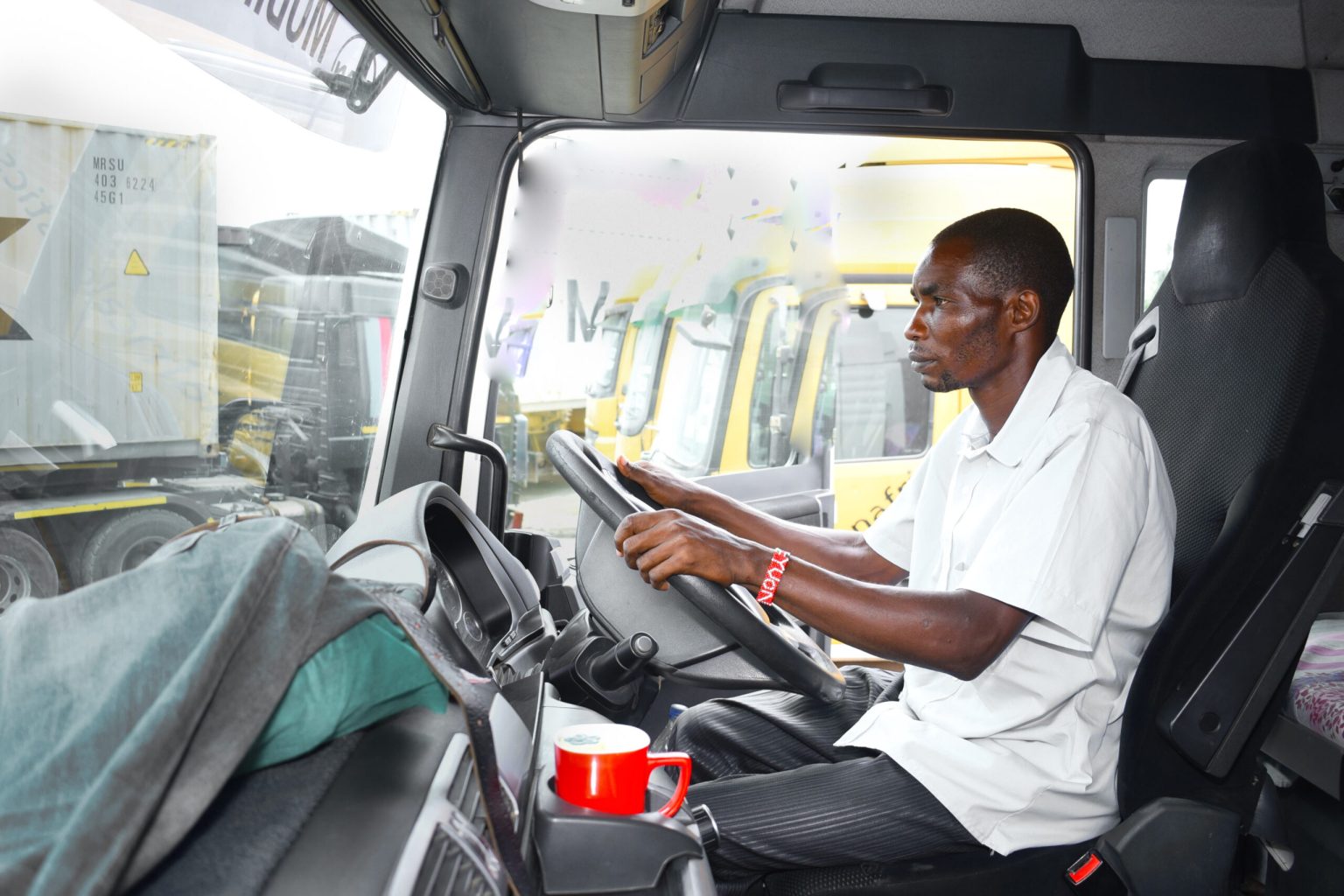 Arnest Rono, a truck driver, started coughing and having an intermittent fever that would come and disappear. This continued for more than four months.
One day, while at his place of work in Mombasa waiting to be assigned the next trip, he attended an education session on TB conducted by North Star Alliance, one of the sub-grantees of the Amref Health Global Fund TB program.
After the session, Arnest decided to go for screening and gave sputum for testing. Two days, later he got an SMS informing him that he had tested positive for TB and that he should go to the wellness centre clinic to start treatment.
At first, he could not believe this. He thought what he had was just an ordinary cough. However, he promptly started treatment.
He used to take two months’ supply of drugs. There was a time he runs out of medication while on a trip to Sudan. On his way back to Mombasa, he went to another wellness centre that North Star Alliance runs at Mai Mahiu, a busy trick stop along the transport corridor in Nakuru. Unfortunately, it was a weekend and the centre was closed. At the nearby Mai Mahiu health centre, they could not give him drugs since they did not have his records. He went without medication for several days and got his refill when he got to Mombasa.
North Star’s Tibika program has since learnt from this experience and introduced a card which the truckers produce at any health facility in Kenya on their route to enable get drug refills should they run out of medication on transit. Arnest completed his medication and was declared cured.
“I urge my fellow drivers to visit the wellness centre for screening testing and those found to have TB to be treated. If I had not attended the education session at my place of work maybe I would still be having TB today,” say Arnest.
Lesson learned:
TB programs need to have mechanisms to enable TB patients on the move to continue treatment at any TB site should they run out of medication. Client education and ensuring treatment is sensitive to the circumstances of mobile clients is also critical.

This article was first published by AMREF Kenya