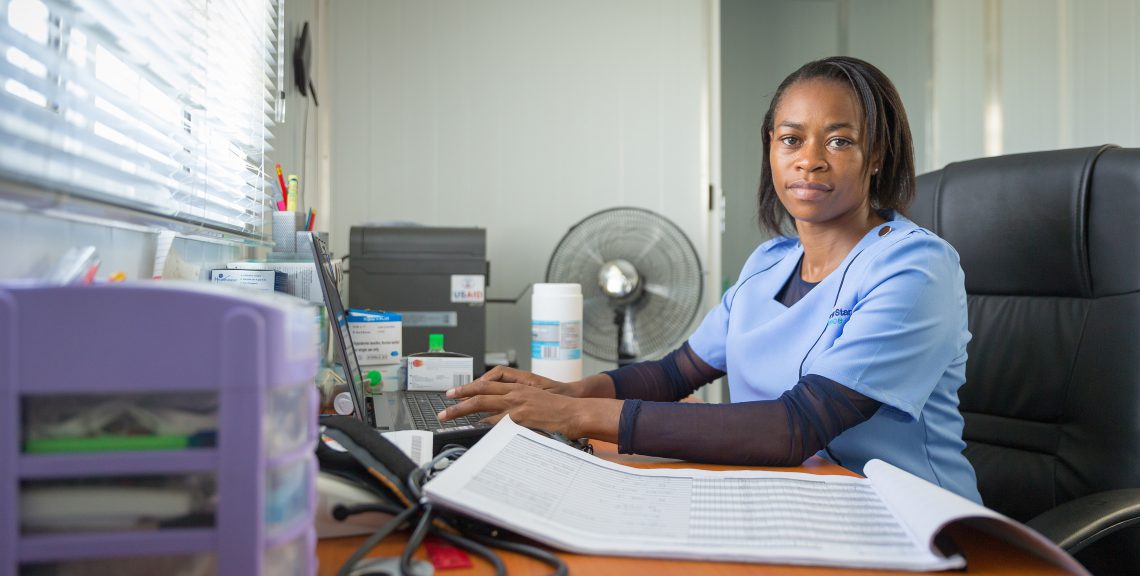 We’re already more than halfway through the first month of 2017, and knowing that North Star Alliance has many exciting developments and challenges ahead, we thought it fitting to review the accomplishments of 2016 to remind us of how far we’ve come.

Early last year, outgoing Executive Director Luke Disney handed the reigns over to our new Executive Director, Ylse van der Schoot, who has spent time developing our new strategic outlook for the coming years and meeting with our Supervisory Board, management team and staff to create a unified vision of our future.

Testament to North Star’s drive towards innovation, our East Africa team officially launched six new-model clinics in Tanzania with the Trafigura and Puma Energy Foundations, Impala Terminals, and Puma Energy, based on an ‘inside/outside the fence’ model. The operating hours of our clinics in Jomvu, Salgaa, Mlolongo and Maai Mahiu were extended due to demand, and ART provision was approved for Burnt Forest, and has already commenced in Maai Mahiu and Salgaa.

Our committed staff in West Africa overcame major setbacks to implement an operational shift. In January, one of our Johnson&Johnson Corporate Citizenship Trust (JJCCT) secondees spent a month in The Gambia, focusing on enhancing outreach activities using tents and mobile technology. Tablets were introduced to pilot a customer satisfaction survey. While our Blue Box clinic closed in February due to the closure of a nearby Senegal border crossing, our outreach activities flourished with a bi-weekly schedule at truck driver hotspots across the country and weekend activity at the Farafenni ferry crossing.

Because we understand the importance of continuous further training and education, we’re always making sure our staff are up-to-date on current best practices in clinical and counselling methodology. Together with NASCOP and other Key Population groups, we organised a sensitisation meeting advocating for the involvement of sex workers in formulating by-laws. Our Kenyan clinical staff were trained in dealing with Gender-Based Violence by a team from the University of Manitoba and the National AIDS and STI Control Programme (NASCOP), and on Interim Algorithm HIV Testing Services, while initial and refresher Peer Education training was conducted in all countries.

Our Southern Africa region secured the Southern Africa Development Community (SADC) Phase II project, which will see 19 clinics set up over the next year. As part of this, in December we opened two new clinics at Ladybrand and Kopfontein in South Africa. The Southern region also broke new ground for North Star, partnering with the Tuberculosis in the Mining Sector (TIMS) project to manufacture and set-up of 11 tuberculosis clinics across eight countries in southern Africa.

Collaborating with an optical health NGO, we incorporated the testing and referring of drivers for eye care and surgery in West Africa, and launched WASH, a programme focused on increasing hygiene. Together with SOS we also promoted outreach for cervical cancer screening. To raise our profile we produced flyers, an educational poster series, and bumper stickers for truck drivers, while our Site Coordinator from The Gambia advocated for access to healthcare services on local radio, and attended the UN High Level Meeting on Ending AIDS in New York with fellow country representatives.

Our International AIDS Conference campaign was a landmark moment for North Star, and provided an opportunity for staff from six countries to collaborate, learn, and be a part of our shared success at the conference. Our temporary Blue Box clinic at the International Convention Centre in Durban saw 140 patients for primary health care, HIV counselling and testing and STIs, and our Blue Box at Cato Ridge played host to 50 conference delegates visiting as part of an engagement tour.

Our Star Driver programme has been redesigned with the help of one of our JJCCT secondees, who spent five months with the team in Kenya, visiting eight clinics and working together with the taskforce to ensure optimal appeal with truck drivers. The programme re-launched in Kenya with training for all staff, using newly-developed software to track achievements.

Another of our JJCCT secondees spent six months with the Southern Africa region, and as part of this assessed our modular trucker safety and education programme, NSEWA. We kicked off the SAPTIS study of driving HIV treatment registration with HEARD, and our Hands Off! programme continued to deliver, quadrupling our reach into the sex worker community.

Participating in the groundbreaking pilot study of HIV self-testing in South Africa with iTeach, and following national approval for Universal Test and Treat programs, we incorporated this service, meaning immediate commencement of ART for HIV-positive patients.

For World AIDS Day, our clinical staff in both East and Southern Africa ran a four-day HIV testing campaign, where the results from each day were tallied and captured on our social media channels. In total, 3,400 people were tested over four days – a small snapshot of the work our clinical staff does year-round. The North-South Corridor Demonstration (DEMO) Project, initiated in 2012, drew to a close last year, with several academic publications posed for release in 2017. The project also resulted in the selection of six of our South African clinics to join a national PrEP rollout programme for sex workers, and was followed by our Trucker’s Health Survey looking at risk factors and diseases impacting their health.

Overall, 2016 was a year of great change and growth for North Star, and we’re looking forward to using 2017 to bring health to even more mobile workers.